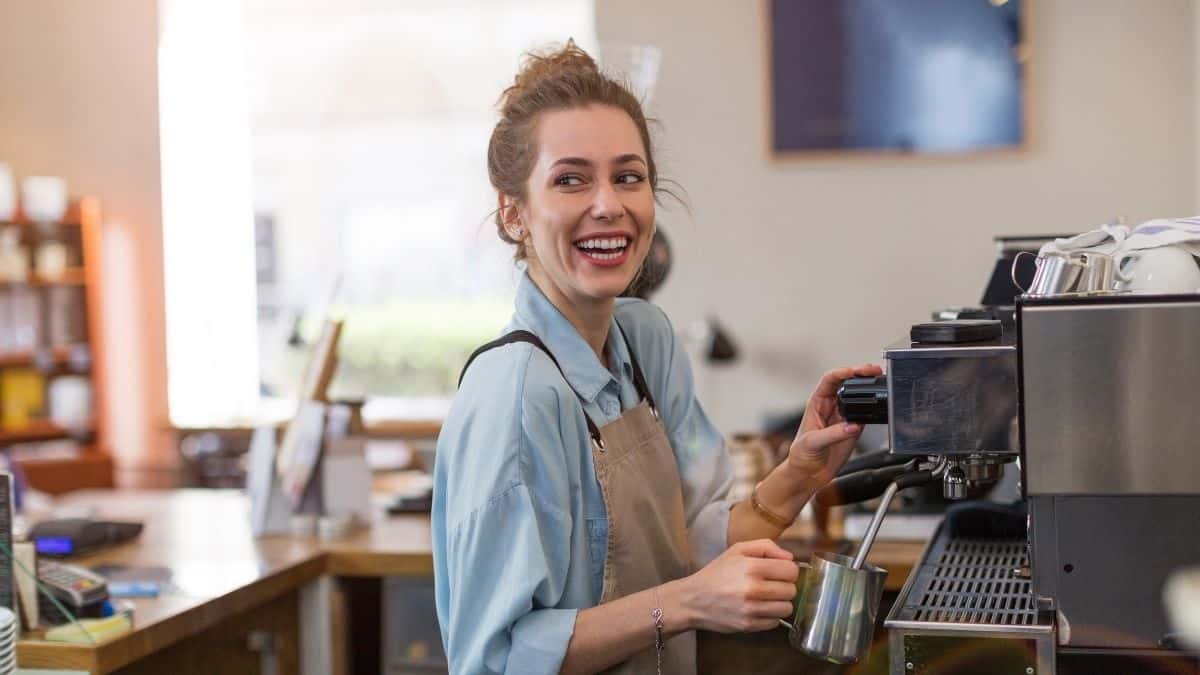 Nearly everyone is affected in some way by the cost of a modern college education. Whether you’re currently looking on in horror at the costs ahead, or still footing the bill for classes you can no longer even remember, you know the cost of college can hurt.

Even so, there are still those from older generations who tout the importance of diligence and hard work in paying for college. “It’s not that hard,” they say. “Just work a summer job and save your money instead of partying all the time. That’s what I did.”

Now, it’s no secret that tuition has increased way faster than wages in the past few decades. But I’m not here to settle intergenerational debates about who had it easier and who is a bunch of whiny babies. I’m here to address a simple question.

Is it still possible to “work your way through college?” Are we long past the days of bootstrapping our own education through focus and grit? I cannot answer this for certain.

What I can do is give you a story. One (modern) story of school, work, and love (okay, love has literally nothing to do with it, it just kind of seemed to fit in the byline there. Please just let me have this). Here is the story of how I paid for college by working a summer job.

How I Did It

I did not have a plan in place for how I was going to pay for college. Like most folks, I did not have a college savings fund or wealthy relatives ready to cover the costs. In other words, I was by no means ready to pay my own tuition by the time I got there.

I worked full time summers in high school as a camp counselor. It paid a little above minimum wage, which I thought was pretty good at the time. Some of this income went to food, video games, and my first car, but I saved as much of it as I could.

Coming into my first year of college, a little under half of my tuition was paid through scholarships and financial aid. The rest I paid for with loans. While I had some savings from high school, I wasn’t sure what the first year costs might look like, so I held onto what I had (for now).

I also started working part time as a carpenter during school. I continued working summers, now as a lifeguard making a few extra dollars an hour, plus considerable overtime.

By the beginning of my second year, I had saved up enough to fully pay for… two classes. I remember them well. Object Oriented Program Design, and Logic & Computation. Two down, only 30 or so to go.

Here, things accelerated. In the middle two years of my program, I only took one semester of classes each year. The other six months I did internships. This meant not only that my annual tuition was cut in half, but also that I was spending the other half of the year working full time. This replaced my summer job, though I kept my part time carpentry job during classes.

Income was up, tuition was down, but other obstacles arose. While the loans I had taken out in my first two years all had the payments deferred until graduation, the new ones I was taking out now required monthly payments right away. I had also moved off campus and was now paying for an apartment in the city, which ate through that internship money real quick.

I made no direct payments on my tuition during this time.

One final year of classroom learning. My last chance to fully pay for college with my summer jobs. That fall, I made one last push, one more concerted effort to lift myself up by the bootstraps and pay for my education. I pooled up all the rest of my savings that wasn’t set aside for upcoming rent. I looked around at which part of the growing mess to attack first.

And that’s when I found those loans. Those early ones, remember, with the deferred payments? I hadn’t needed to pay on those yet, but the interest had nonetheless been piling up for years. So I took everything I had and paid for… interest. No principal on any of the loans. No new tuition payments, just interest.

By the time I graduated, I had successfully paid for two classes. One half of one semester. And all it took was 8 years of working 40-60 hour weeks all summer, five years of 10-20 hour weeks during classes, a couple of miraculously high-paying internships and half my tuition being covered by various forms of financial aid.

And it was all worth it. Because of this sweat-soaked effort, I was able to walk away almost completely unscathed. I had fewer than 20 student loans to pay off, totalling barely 6 figures.

So, to sum it up, how did I pay for college by working a summer job? Poorly, I would say. Quite poorly indeed.

It’s not Going to be Easy

Alright, I’m sorry for the bait-and-switch. To be clear, I did NOT, by any stretch of the imagination, pay for a whole college education in the 21st century by working a summer job. Under almost any circumstances, that is just not going to be a reality for most people.

The reason I shared this story is to give you two things: perspective and hope.

I want you to know my story, not to see that I am a special outlier, but specifically because I’m not special. How many of us have followed a path just like this? How many of us have worked hard for a degree, worked extra hard in every free moment in between to pay for it, and still come up short? And not just a little short, but woefully short?

I didn’t do everything right, not by a long shot. Nor would I expect any teenager to do so when faced with a quarter-million dollar problem to solve in just a short few years. But I worked hard, I focused, and I fought. And despite what the scoreboard may have said on graduation day, all that was not for nothing.

…There Is Still Hope

I graduated college in a deep hole financially. I soon merged finances with my by-then-fiancee, and we found ourselves in a conjoined hole that was deeper still. But we got out. We got out aggressively, and quickly, and we’ve never looked back.

And no bamboozle this time: we have been completely debt-free for a number of years now. We’ve achieved financial freedom and are grateful for it every day.

If you or someone you love are looking down the barrel of a college tuition for the first time, have hope. If, like many of us, you’re still paying college loans that are now old enough to attend college themselves, know this: you can do it. You can finish it.

In our case, we had to learn that everything we knew about debt was wrong. We did all we could to bring up our joint income. And, most crucially, we had to get seriously enthusiastic about saving.

I can now say that I have completely paid for (and paid off) my college degree. The summer job didn’t get me there. But it helped. And whatever the means, you can get there too if you keep focusing, learning, and fighting for your future.