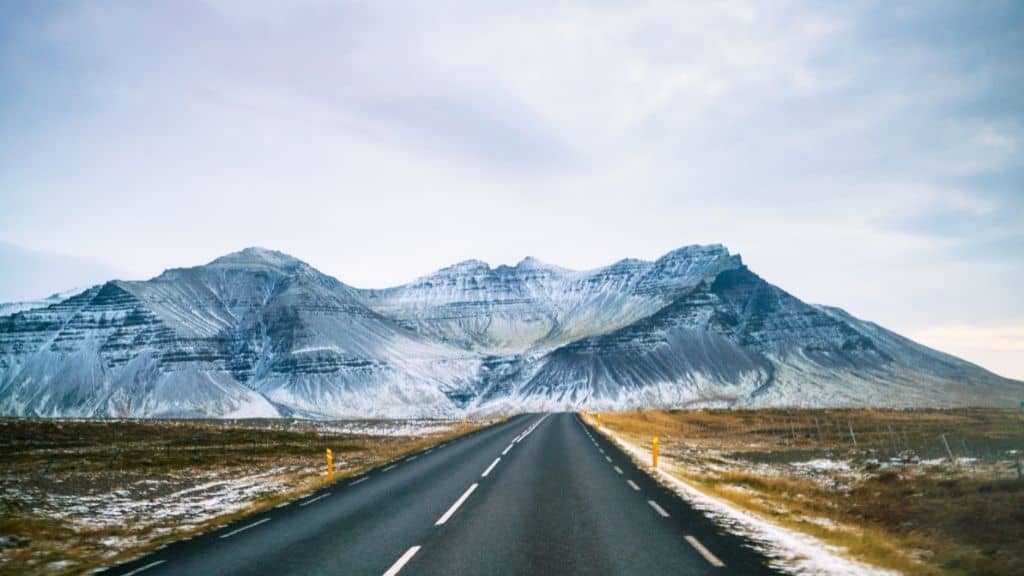 I’m not a travel blogger. I don’t travel all that much. And when I do, I mostly like to sit back and enjoy myself. That way I can soak in the far-reaching diversity of the world’s many unique types of mac and cheese. But today I’m going to walk roughly 2400 miles in the (presumably high-quality) shoes of a travel blogger. Because I want to tell you about what I learned from that one time I was briefly detained for an (allegedly) illegal foray into the sovereign Republic of Iceland.

It was a difficult, though fleeting and exciting, moment in my life. And like all such moments, it had lessons to teach for those willing to listen. Lessons I want to share today.

But first, the story.

It all started some years ago on a family trip to visit my now-mentor, but then (and still) uncle, Chris.

I, along with my parents and brother, were heading from New England to (old) Scotland. It was to be a week of fun with family, exploring a new place, appreciating the arts, maybe even relaxing.

The day of our flight, everything went pretty smoothly.

Suitcases were packed, house and pets were all taken care of. No one lost their boarding pass, or their passport, or got flagged by security. (See, for most of our childhood, my brother shared a name with someone who was on an international no-fly list. I found this hilarious at the time, as any good brother would.) We made it to our gate on time, and our plane took off as scheduled.

All of the typical travel anxieties were in the clear, and we were on our way. Nothing to do now but sit back, enjoy some snacks and a self-help book (yes, even back then, I’m sorry-not-sorry to say), and arrive at our destination.

Isn’t that nice? Don’t you just love a story where it all works out and nothing goes wrong? Well too bad, because then we got to Iceland.

We landed at the Iceland airport on time, deboarded and headed toward customs.

The line moved smoothly and soon it was our turn. I watched my mom hand her passport to the customs agent, answer a few questions, and get waved along. I watched my dad step up: same process, same wave. Then big bro, the erstwhile suspected teenage international terrorist (love you, bro) showed his passport to the kind gentleman at the customs desk. And it was totally cool.

Next up, I handed over my passport, beginning what to this day were the longest 60 seconds of my life. Rather than me telling you what happened next, I’ll let this man’s eyes do it.

They greeted me, the eyes. Warmly enough. They drifted down to my passport in a calm, if rote, manner. And then they widened. Their gaze returned to rest on my face a moment, and then back down. The eyes grew nervous as the man flipped through the pages. It was as if he were looking for an answer he knew he would not find.

This cycle repeated a few times before the agent called over someone else, whose eyes took a similar journey. Then they called the captain over, and told his eyes the same story.

The longest 60 seconds of my life ended, giving way to one of the longest days of my life when the captain finally came over to me and said “I’m sorry sir, this passport is expired. I can’t let you leave.”

Friggin’ TSA. I counted back in my head — at least three people had checked my passport before we left the US. Not one of them noticed that it was expired. And not just a little expired, either. Not “it says these chips are expired but I’ve got some wiggle room” expired. Like, at least a year out.

And now here I was, thousands of miles from home. Unable to proceed to Scotland, unable to exit the airport into Iceland, detained by customs until they could figure out how to send me  back home, if even that was an option without a valid passport.

If this all sounds like what happened to Tom Hanks’ character in the movie Terminal, it’s because that’s pretty much what happened. Albeit at lower stakes.

After no shortage of conversations with customs, as well as other airline and airport staff, it was determined that the person who would help us fix this would be coming into work the following day.

So my family spent the night right there at the gate. I couldn’t legally go anywhere else. We slept on benches under the AC vents, unsure of our fate. There is always a bench, after all.

Morning came, and with it the woman who had all the answers. We’ll call her Helga.

I do not know what exactly Helga’s job was, but on that day she was nothing short of my savior. She quickly found two seats on an upcoming flight to Glasgow, on which we put my dad and brother, with their vAliD PaSspOrTs.

My mother graciously volunteered to stay behind with me for what came next. And it was quite a mission.

Helga somehow got us conditional permission to enter Iceland, but only for long enough for me to get a new temporary passport from the US Embassy in Reykjavík. She set us up with a bus service to Reykjavík, an hour away. She got us directions to the embassy and a means to exchange our money for local currency. We had somehow foolishly forgotten to pack any Icelandic króna with us on our trip to the UK.

I felt relief flood through me: We’d  be able to get back on track with our family trip after all! But we hadn’t hit the last snag yet.

The flight that had just left for Glasgow (with my dad and brother on it) was the last one.

The only other flight heading to the isle of Britain at all for the next several days was destined for Heathrow. London. (For you geography-heads out there, you’re correct, London is not in Scotland.) And it was leaving in a few hours.

So began a mad 24-hour scramble: bussing across Iceland and back for a passport, a flight to a country we never intended to be in, a few more buses, a couple hours’ sleep, more waiting, more benches, a series of trains…

In all, it had taken nearly two days filled with twice as much panic as sleep, but we finally made it to Glasgow. Finally, we could “begin” our trip.

Oh yeah, I did say something about lessons learned, didn’t I?

This is a story that has (clearly) stuck with me. And not just because the stress of it is burned into my soul, or because I find it kind of hilarious. I learned from this experience, and now you can, too.

1. Be Prepared (But Not TOO Prepared)

The detail of this story that my mom loves to mention whenever our (allegedly) illegal Icelandic adventure comes up, is from the night we spent in London. I say spent the night, but it was really a visit from like 2am to 5am. Our train wasn’t leaving yet, and we couldn’t bring ourselves to sleep on another bench. So we rented a hotel room for a brief respite.

I took the opportunity for a quick shower. She immediately noticed that I had clean clothes to change into afterward. She wondered how that could be, since our luggage (which we had checked onto our original flight) was god knows where at that point.

“Oh, I always have a change of clothes in my carry-on. You never know what you’re going to run into,” I said, without a hint of irony. Of course, it was my own unpreparedness and oversight that had gotten us into this bizarre scenario to begin with. A scenario for which I was now, at least partly, prepared.

The point is, it’s great to be flexible and ready, but you’re never going to catch every possible outcome. Do what you need to do to be prepared (maybe toss a fresh set of skivvies in your carry-on). But don’t sweat it too much (don’t panic-pack your entire set of Modern Family DVDs). It’ll work out.

Life is pretty stubborn when it comes to fitting into our plans. And each of us has a choice: will we be stubborn right back and try to force things to go a certain way, or will we lean back, ride the waves, and enjoy the journey?

Sometimes, things go the way you expect. And sometimes, you end up sleeping on a bench in a foreign country, unsure if you’re about to be sent home or arrested.

But at the same time, sometimes you expect to take a regular, boring flight to Glasgow and you end up exploring Reykjavík, seeing some of the beautiful Icelandic countryside, and visiting London along the way instead. All amazing places that I’d never have seen otherwise. And we still made it to Glasgow.

The universe is bound to act up and throw some crazy stuff your way now and then. But you can only make it worse on yourself if you get all worked up and try to fight it. Just breathe deep, trust that it’ll work out, and take the ride.

I did say to my family a number of times during this experience, “well, at least it’ll make a great story someday.” I suppose I’ll leave you to be the final judge of that, but I still think it is.

A hundred bad days made a hundred good stories,

A hundred good stories make me interesting at parties

We are nothing if not a collection of the stories, experiences, and lessons that have made up our lives so far. Whether or not it was a rollicking good time in the moment, a lot of experiences age well as they become an ingredient in the chaotic blend that is your life story.

Remember your stories, relive them in the levity and joy of hindsight, and most of all: keep the lessons they teach you.

Honorary Lesson: For the Love of All That Is Holy, Check Your Passport

Look at me. Check your passport.
It’s not enough to have it with you. You have to make sure it’s good. TSA will not help you. They will be too busy making sure no criminal mastermind babies succeed in getting 4 ounces of shampoo on a flight to Tampa.