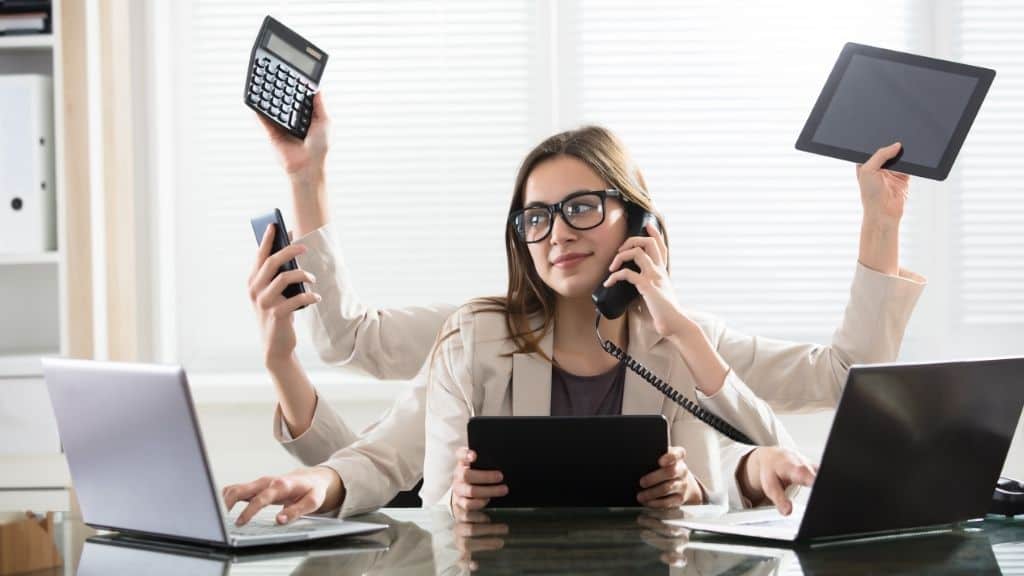 I hear a lot of skepticism about the idea of single tasking. In a world that at every turn seems to become busier and more chaotic than before, we still seem to talk about productivity in terms of how we can juggle more, and multitask even better.

This approach always reminds me of a funny old poem by Shel Silverstein, called Smart.

In the poem, a child (who I’m going to refer to as a boy here) takes a dollar given to him by his dad, and trades it to a friend for two quarters. Knowing that two is more than one, he’s sure he’s made a very smart deal.

He then trades his two quarters to another friend for three dimes, reasoning again that three is more than two.

Yet another foolish acquaintance, by the boy’s estimation, trades four nickels for the boy’s three dimes.

The poem ends with the boy returning home, proud as punch, to show his whopping five (5!) pennies to a very disappointed father.

You may think this kid foolish, or naive. But I wouldn’t be so quick to judge. His only mistake here is failing to recognize the often-inverse relationship between quality and quantity. A mistake that each of us makes when we try to multitask.

The human brain cannot actually process multiple tasks at one time. We can only swap rapidly back and forth between them. If you need proof of this, try counting to 10 in your head while spelling out your name.

You can’t actually do both things in parallel. You can only jump back and forth between them, even if you are able to do so very quickly.

This is the multitasking myth: we may think we’re speeding ourselves up by doing multiple things at once, but we’re actually paying hidden costs by repeatedly swapping between them. Trying to get two things done at one time is no different than getting two quarters in exchange for one dollar. Thinking that quantity comes at no cost to quality can be a punishing mistake.

Multitasking creates two problems in particular. The first is something called context switching, which has a major negative impact on productivity. And the other is the emotional toll of multitasking.

The Cost of Context Switching

If you’ve ever gotten into a good creative flow, or been “in the zone” at work, you probably know that good focus doesn’t kick in the second you sit down. It takes some time to build.

A productive train of thought works quite like an actual train. It starts slowly and builds up momentum. This momentum gives it power, but has an inherent cost. Each time you stop, it takes the same amount of work to get it moving again.

In terms of productivity and workflow, this start-stop problem is called “context switching.” Every time you switch to a new context by moving your attention from one task to another, you:

Multitasking is practically defined by frequent context switching. And the more “efficient” you try to be by jumping between a pile of tasks, the more context switching you put yourself through, and the higher you drive up the cost.

The Emotional Weight of Multitasking

The other problem with multitasking is that it’s freaking exhausting! Keeping track of a bunch of different tasks, objectives, or threads of thought all at once gets pretty overwhelming.

The weight of keeping up with it all at once would put anyone on edge. How many times have you felt yourself shutting down from the stress of trying to keep track of everything going on, only to feel it slipping by you all the same?

Excessive context switching is mentally exhausting, but it is also emotionally draining. This exhaustion compounds as you feel less and less in control.

Trying to face everything at once by multitasking, rather than focusing on single tasking and completing one thing at a time is a guaranteed way to end up overwhelmed and under-accomplished.

Single tasking, also known as monotasking, is the remedy to these multitasking maladies. The idea is simple. All it means is slowing down, jumping around less, and focusing on ONE THING at a time.

Now, there’s a good chance that even reading the phrase “single tasking” is already making you nervous. Maybe this is you:

“Of course I’d love to be able to jUsT dO OnE tHiNG, but I have too much to do already. How in the blue hell is doing less of it going to help me?” And to you I say, welcome to Smarter and Harder! Doing less to get more done is pretty much what we’re all about here.

I know you have a million things to do. I’m sure that even as you read this, there are five new things popping onto your TODO list in the background. And don’t worry, I’m not suggesting you toss those aside or ignore them.

With single tasking, you’ll be able to get it all done more effectively, and feel calmer and more in control at the same time. Let me show you how.

Ironically, most of the productivity benefits we associate with energetic multitasking, we’re far more likely to see with single tasking. And on top of that, there’s huge emotional value to be gained from breaking the loop of chasing your own tail all day. Some of the specific benefits include:

So you see, this really isn’t about whether to be productive or to feel calm and content. By effectively single tasking, you can have both. Multitasking, meanwhile, gives you neither.

Fortunately, this is more of a simple mindset shift than some sort of complex skill that needs a lot of practice. Really, the biggest hurdle to get over here is accepting the counterintuitive notion that doing less at once is the trick to getting more done overall. If you’ve made it that far, then you’re in pretty good shape already.

But if you’re looking for some specific changes you can make to start seeing the difference that single tasking can make, here are a few good options.

A Written Agenda, Plan, or Schedule

As is usually the case, you can’t go wrong by being a little more intentional. And as far as getting in the swing of single tasking, writing down an agenda can go a long way. Make a specific plan for what you will do, and when. Instead of stressing over a long list of priorities all day, isolate a single priority at a time, and give it your all. Then, move onto the next one.

Remember, this should be a sequence. Move one foot, then the other. We’re not playing hopscotch here.

Building on the strategy of scheduling, using strict windows of time for specific tasks can be a huge help to focus. Pick one important item on your agenda, and tell yourself, “for the next 45 minutes, this is the one thing I’m working on.” Set an actual timer for it, don’t just check the clock.

Being accountable to a timer with a specific endpoint helps to keep your work in perspective, keep yourself moving, and stay focused on that one thing.

I know, I know. First I tell you to do fewer tasks, and now I’m telling you to put your feet up and take a nap? How are you going to get anything done at all like this?

Taking intentional, refreshing breaks throughout your day is a great little device in the single tasking tool belt. A break creates a clear, incorruptible boundary between one block of activity and the next, making it a great spacer between tasks. Boundaries like this make single tasking easier by giving tasks more clearly defined space. A refreshing break can help you to reboot your mental cache, so to speak, and make a clean transition into something new.

If we’re talking about focus and getting more done, then we can’t ignore the ubiquitous nuisance of distractions.

Distractions get in your way, eat your focus, and drain the mental energy you need for everything else. They have all the downsides of multitasking, but without even pretending to be helpful. Figure out your biggest distractions to watch out for, and how to deal with them, and you can wipe them out before they even have a chance to mess with you.

Ultimately, single tasking is not that difficult to implement. In fact, that’s kind of the point. It’s actually way easier than trying to master multitasking, and more effective to boot.. It’s just a matter of accepting that less is usually more, and putting a few basic strategies into play. With that, you’ll be a single tasking pro in no time at all.

2 thoughts on “Single Tasking: Debunking the Myth of Productive Multitasking”