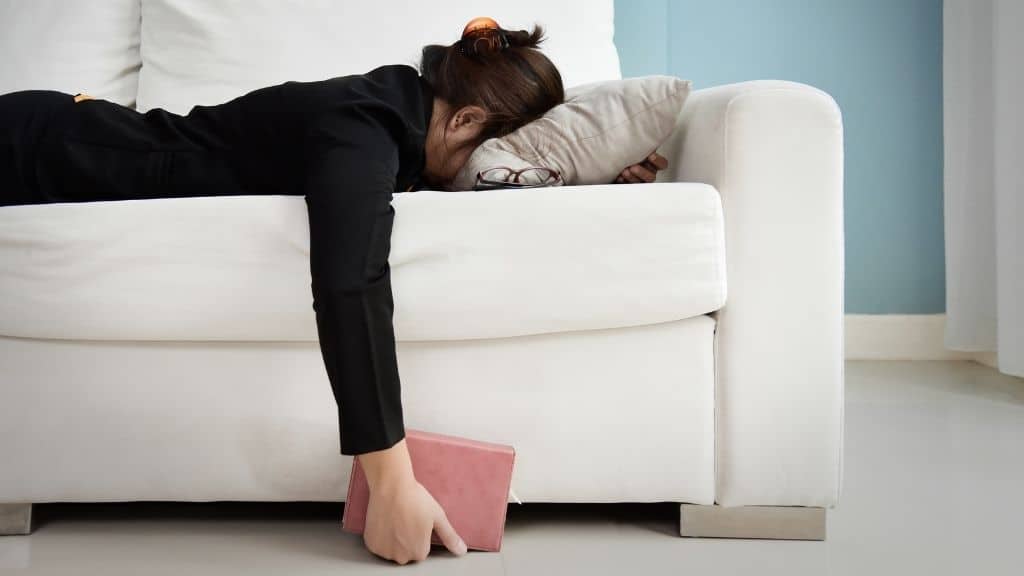 Habits are fascinating mechanisms. They’re powerful tools built right into our little animal brains that influence our behavior every single day. And what you do every day shapes the course of your life. It’s no wonder we love talking about habits so much.

But today isn’t about good habits we want to do more of, like drinking water and getting plenty of sleep, or bad habits we try to kick like overeating and phone addiction. No, today I want to take a dive into some of the sneaky habits many of us have; the ones we often don’t even notice are there, slowly draining our energy and dragging us down.

Let’s have a look at some of these real simple habits that are secretly making us irritable, tired, and bummed out.

Have you ever thought of your attitude as a habit?

Carrying a negative attitude with you everywhere is a huge detriment to your physical and mental health. It wears you out and makes you feel terrible. The weird (and fun!) truth is that most things that occur in your day are inherently neither good nor bad — but a grumpy attitude toward life is a guaranteed way to make most things seem bad. Even if they weren’t to begin with. And the more often you take the negative road, the more ingrained this sneaky bad habit becomes. Ergo: the grumpypants habit.

This is why it is so important to practice positive thinking every day. Choose to see the good that’s all around you, and this will become habit instead.

It’s kind of a big myth that to be productive, we need to be constantly bouncing around, taking on a million things at once. In reality, manic multitasking is a habit many of us fall into that actually makes us less effective at getting things done. It wears us down and drains our energy.

Trust me. Try slowing things down for a minute, give yourself a little room to breathe. As you do, think about what you have on your plate, and plan out how to tackle it all with techniques like single tasking or task batching. Counterintuitively, slowing down is one of the best ways to move faster in the end. You can get more done, sooner, without feeling stressed or overworked.

Here’s another example of conventional work-ethic wisdom telling us to go-go-go when the more effective thing might be to slow-slow-slow (down. Slow down. Okay, look it’s not perfect but I’m trying here.). Trying to turn ourselves into finely-tuned work machines isn’t always the best way to get more done. It can easily make us less productive and more exhausted.

If you’re someone who never takes a day off, or feels guilty about taking a break, consider this: What if a little rest once in a while actually made you more effective? Your computer always runs better after a reboot and recharge, and you will, too. Don’t underestimate the value of charging your batteries and mending your soul in between work sessions. It’s okay to take a break or a mental health day now and then.

It makes for trendy life advice lately, particularly in social media circles, to push people out of their comfort zones. It makes sense. TV and sweatpants are habit-forming drugs. In contrast to the point above, rest is a good thing, but a life of mostly (or entirely) rest is not. Ironically, building up the habit of only doing what is familiar and easy leaves you with less energy, not more!

Challenge yourself, keep learning, try new things in your discomfort zone. Then take some time to rest up and heal. Repeat. The key to the comfort/discomfort dilemma is balance. A truly energetic life is one where you are expanding and taking on new things, and where you aren’t afraid to rest in between.

5. Having the Flexibility of a Boulder

Life changes. Our situations change, the people around us change, and so should we. Clinging to outdated expectations is an extremely sneaky bad habit, and an important one to address. Most of these things that change around us are outside our control, and it can be hugely emotionally draining to pretend otherwise.

Our best bet is to work on our flexibility, and update our ideas and plans to the way things are now.

Do a little attitude yoga (a phrase I just made up, which honestly might already fall under the banner of regular yoga). Try to be more flexible on your path. If life changes and your old plans and goals won’t work anymore, make new plans and goals. So long as you’re able to bend, you’ll never break.

Self respect is one of the most essential tools to a healthy human psyche. It often goes unnoticed, but many of the decisions we make throughout the day have a subconscious impact on our self image. Some choices build our respect for ourselves, others lower it.

Making frequent choices that lower your self respect will (spoiler alert) make you feel bad about yourself, and when you feel bad about yourself, you’re more likely to make future choices that feel even worse. Before you know it, you’ve accidentally created a habit of disrespecting yourself with your actions. Low self respect bolsters a negative attitude, and we’ve already seen why that’s a bad habit to be caught up in.

Be a person that you can admire and respect. That doesn’t mean in a cocky or ostentatious way. It just means to make choices that you respect. Try to embody someone that you would look at from the outside and say, “that’s a cool dude with [his] head on straight. [He’s] got the right idea.”

Stemming from this idea of self respect is the problem with making excuses. When we screw up (or it just looks like we did), the feeling sucks. It is a natural – but still sneaky – bad habit to try to avoid this uncomfortable feeling by explaining away your fault in the matter. But even with a story, we still know what happened. Over time, excuses add up and it becomes hard to respect oneself when one never takes responsibility.

So do the difficult, uncomfortable thing here: make fewer excuses. This doesn’t have to mean beating yourself up when you fail at something. Focus less on what has happened already, and more on what you are going to do next to resolve it. Make this a habit, and you will build much greater respect for yourself. Better yet, you’ll gain far greater respect from those around you, too.

What sneaky bad habits do you have, or have you seen, that just suck the life out of people?