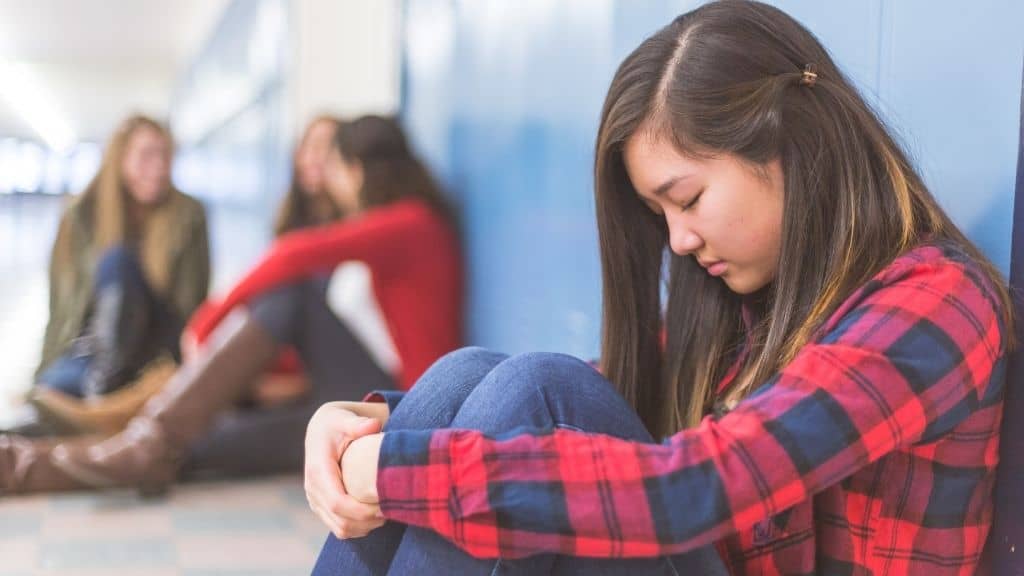 Toxic Positivity: Are You Causing Deep Harm with Shallow Optimism?

I sometimes feel like I can divide the timeline of my life into two parts. There’s the part before I discovered the legitimate, tangible benefits of positivity, and the time after. Starting to tap into this power, I felt like some anime character that had just unlocked my hidden potential. It filled me with excitement. But in my initial enthusiasm, I also started to wade into the murky waters of something I later came to know as “toxic positivity.”

There are two sides to every coin. Even something as truly wonderful as positive thinking can also be problematic if we don’t engage it in a thoughtful way.

Make no mistake, optimism is still one of the most absurdly powerful tools you can use to improve your life. I don’t expect you’ll ever hear me say otherwise. But, like many tools, it is crucial that we understand all sides of it. That way, we can use it to its greatest effect without being unhelpful (or worse, harmful) to ourselves or others.

If you are ready to start pumping up your with ridiculous optimism and none of the headaches that sometimes come with it, read on.

Is Too Much Positivity a Bad Thing?

It sounds kind of weird at first, doesn’t it? Toxic positivity. It seems almost silly, like “vegetable overdose,” “excessive gratitude,” or “puppy infestation.” How can there be too much of such a naturally great thing?

With toxic positivity, it’s really less a matter of “too much,” and more about how positivity comes into play.

Healthy Positivity is when we lift up ourselves and others, inspiring us to realize greater outcomes in our lives, even while dealing with difficult experiences.

Toxic Positivity is when we take things a step too far and use optimism as a sort of “shortcut” to ignore, cover up, or invalidate negative feelings and experiences.

I wouldn’t worry about whether you’re putting out too much positivity. Instead, what matters is that we put a bit of thought into context. In particular, we should all think of how we engage with negative circumstances and negative attitudes.

Negative feelings are usually not fun. Probably why we call them that. I don’t know, what am I, the president of naming things? But this doesn’t mean they don’t serve a purpose. Negative feelings are critical to our growth and we actually need them in order to live a happy life. Ignoring or invalidating them with toxic positivity prevents us from processing those feelings, and leaves them to fester.

It’s uncomfortable but necessary that we sometimes feel things like guilt, anger, grief, worry, and shame. These are important mental tools. We should trust our negative instincts, as they can protect us from serious harm, and motivate us to make beneficial changes in our lives.

Positivity only becomes harmful when we try to use it to supersede the normal emotional process. Provided that you’re making enough room to experience and resolve negative moments in a healthy way, you never have to worry about being too chipper, or too upbeat!

So what does toxic positivity look like in practice? The biggest distinction is whether you’re using a positive attitude to navigate a negative situation, or in an attempt to replace one. For example, consider these two possible responses to someone telling you about the terrible day they’ve had:

Option B: “Man, that sounds like it really sucked, I’m sorry. I can’t believe your boss treated you like that. Hopefully tomorrow will go better. Is there anything I can do for you right now to help?”

In option B, the speaker acknowledges the other person’s pain. They extend sympathy for the situation. And only then do they offer (rather than try to enforce) optimism as a way forward, while still giving the other person space to further express themselves. This exhibits non-toxic, realistic optimism as well as sympathy.

In looking at toxic positivity, it’s important to highlight another mental health term that has been on many people’s minds lately: gaslighting.

Gaslighting, if you’re not familiar, is the act of manipulating and/or lying to someone to the point of forcing them to question their own understanding of reality.

This is similar to toxic positivity in that it invalidates other people’s feelings. Both can have the effect of making someone doubt themselves by submitting a version of reality you’d prefer. Both are likely to leave someone feeling unheard, brushed off, and potentially even resentful.

The big difference between the two is intent. Toxic positivity is usually coming from a good place, even if it misses the mark. In an attempt to support someone, you end up inadvertently trivializing what they’re going through. Gaslighting, on the other hand, is a more overtly selfish behavior. People who engage in gaslighting are more likely doing it to suit their own ends, regardless of the impact on others.

While toxic positivity is generally less malicious than gaslighting, it can have a similar impact. Making someone feel like their experience or emotions are in some way “incorrect” can cause frustration and ultimately erode relationships. This is especially true when it comes to close friends and loved ones.

If you see someone you care about struggling and want to offer support, that’s great. That’s what I love about you. Let’s just be careful to do it the right way. Speaking of which, woah here comes another section!

How to Offer Support Without Toxic Positivity

Look no further. I mean, okay, maybe a little further, because it’s in this next section. But no further than that!

Here are a few techniques you can use to spot and prevent unhelpful optimism, as well as what you can say instead of creating toxic positivity.

The first and most important thing for reducing toxic positivity is to lead with sympathy.

When someone is going through something tough, be very careful with phrases like “cheer up,” “it’s not so bad,” or “look on the bright side.”

While expressions like these may seem uplifting, the fact is that they often ignore the real issue at hand. It’s looking for a shortcut to a solution, rather than helping someone through the underlying problem.

You may believe you’re saying “Here’s a way to feel better!” but all they’re hearing is, “No, I don’t think you’re actually having a bad day at all.”

When someone comes to you and is having a hard time, try to be support-oriented, rather than solution-oriented. Instead of jumping to answers and quick fixes (as obvious as they may seem to be), start by listening deeply and acknowledging earnestly. In so doing, you will help them to feel heard, appreciated, and validated. As often as not, this is all we’re really looking for. And perhaps ironically, this type of support can help us get back to a positive place much quicker and more effectively than trying to jump to a quick fix.

I have, up until quite recently, drastically underestimated the value of the phrase “that sucks,” as a supportive listener. The simple initial step of confirming for your friend that something that felt sucky to them was in fact sucky, can make all the difference.

Negative feelings after a hard experience, regardless of the material factors, are very real. We cannot simply shut them off. Trying to do so can easily backfire.

After surviving a shit day, it’s nice to have someone confirm that you’re not crazy and that this was, in fact, a shit day. And then go from there. It doesn’t have to be a deep dive into a doom spiral about how this is just one in a long pattern of shit days and all the days to come will be nothing but shit. But today was one, and there needs to be room for that to be the case.

A positive outlook almost always has a place somewhere in the conversation, but that is often alongside the presence of negatives. And never flat-out erasing them.

Negativity like this needs to be validated, explored, and processed, not skipped.

Master Your Own Self-Talk

Toxic positivity is not an exclusively A-to-B transaction. It’s something you can do to yourself, too. And most of us do.

Just as you would with others in your life, it’s crucial to support yourself in a healthy way, too. That means applying everything we’ve talked about here to your conversations with yourself.

Optimism is one of the best tools you can use in your own self-talk to feel happier, move your life forward, and effect amazing outcomes. But that doesn’t mean that you can use it to simply blast away your bad feelings. Work with them, feel them, make the changes you need to make, and then use positivity to lift yourself up.

Like with so many other mental health matters, this form of healthy self-love builds a strong internal foundation that you will quickly find radiating out to your other relationships as well.

On the Receiving End of Toxic Positivity

One final point here. Now that you have a grasp on what toxic positivity is, and how to avoid spreading it, you will likely be more attuned to noticing it coming from others.

Once you’ve identified toxic positivity coming your way, it’s usually pretty simple to address. Remember, this is someone who wants to help you, they’re just not quite hitting the mark.

It’s always okay to advocate for your emotional needs, particularly with close loved ones. If you find you are being glossed over by someone else’s positivity, don’t be afraid to let them know, clearly but gently, that that isn’t what you’re looking for. Try phrases like:

If it isn’t the right moment for a bit of relationship-correction, that’s okay too. Just remember that someone else’s toxic positivity is never evidence that your emotional state is invalid. Though it may be an indicator that this is not the right environment for you to process in. You will always be able to work through what you need to with someone else, or on your own in another setting.

What has your experience with toxic positivity been? How do you embrace optimism without creating toxicity? Let us know below!