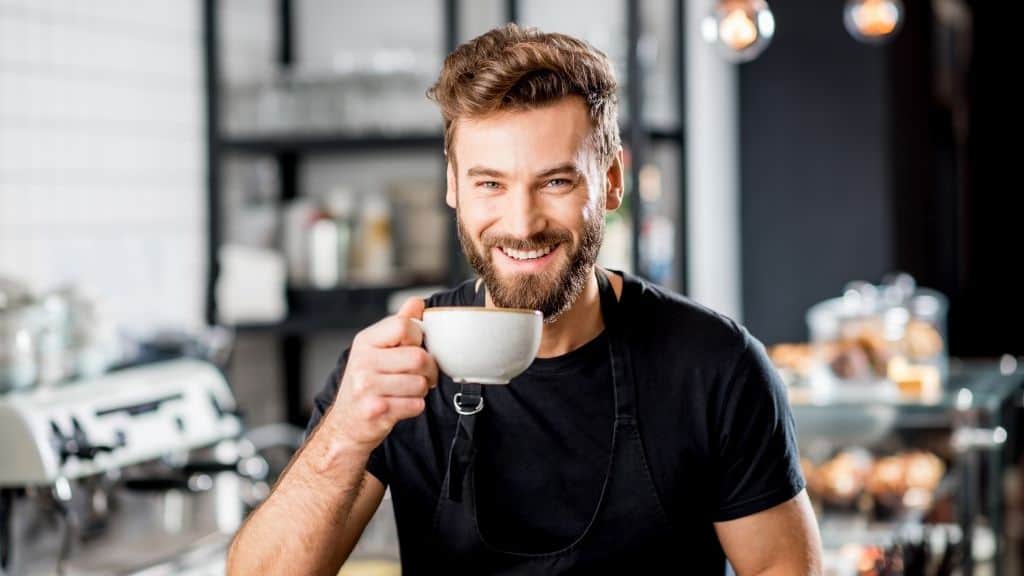 Have you ever called someone out for being a negative Nancy and gotten this gem in reply: “I’m not a pessimist; I’m a realist!” I never liked the suggestion that you can’t think positively and be realistic simultaneously. So today, let’s talk about realistic optimism.

Realistic optimism is exactly what it sounds like. It’s choosing to see the positives and possibilities in a situation without denying reality.

Do you consider yourself a realist instead of an optimist? If so, you likely see optimism as inherently unrealistic. Or maybe you are already a positive thinker and are tired of people telling you your view is unreasonable.

Either way, let’s look at it. Let’s see the difference between a realist and an optimist, figure out the disconnect between them, and carve a path to realistic optimism.

The Difference Between a Realist and an Optimist

Comparing optimism, pessimism, and realism is messy because you’ve got two apples and an orange, respectively. Being an optimist has no bearing on whether or not you can be a realist and vice versa. In truth, there’s not much comparison to make.

An Optimist is someone who:

And a pessimist is just the reverse of that — equal opposites.

A Realist is someone who:

Treating those ideas as mutually exclusive sounds like pessimism in disguise!

What Makes Someone Choose to Be a ‘Realist’?

Many people are drawn to a conservative, optimism-reluctant style of thinking (often labeled as realism) because it offers a degree of psychological safety. The logic goes something like this:

If I expect a good outcome and experience a bad one, I will be disappointed, and it will hurt double. But if I predict a lousy result, either I’ll be right (and prepared for it), or I’ll be pleasantly surprised. So by not getting my hopes up, I can protect myself.

But here’s the disconnect: When realists talk about not wanting to get their hopes up, they’re talking about expectations more than hope. Expectations are an attempt to exert control in situations over which we often have none. This struggle is why they can be a huge barrier to happiness.

Getting your hopes up is not nearly as dangerous – hope is not the problem here.

Leveraging your happiness on how you expect something to go is a risky proposition, which is why realists try to play it safe and set low expectations. But one of the great things about optimism is that you don’t need to waste much time relying on expectations.

Is being optimistic realistic, though? It certainly can be. And perhaps ironically, believing in a favorable outcome makes it more realistic. As I’ve written about many times, a positive mindset has a genuine, practical impact on your life.

Realistic optimism is not about expecting the best to happen and ignoring evidence to the contrary. That’s an unhealthy form of optimism that does no one any good.

If you want a specific definition, here it is: Realistic optimism is acknowledging that the best outcome is never guaranteed but choosing to strive for it anyway. It is hoping for a good result and giving yourself a fair chance to make it a reality.

Positive thinking doesn’t have to rely on fantasy. Reality is complex and unruly, and there is always a possibility of both positive and negative results. But realistic optimists see themselves as worthy of the positive possibilities. They know good things can happen to them and set out to make them happen. Plus, they have more fun along the way.

Let’s say that two coworkers, Amy and Phil, are both up for the same promotion. They have similar skillsets, experience, and backgrounds. So on paper, they are equally qualified, but there’s only one opening.

Phil, the realist, wants the job but knows there’s no chance he’ll get it. There are too many candidates, and these things never go his way. As a result, he doesn’t waste any extra effort or emotional energy trying. Instead, he hides his hope and expects the worst.

Amy, a realistic optimist, wants this job with her whole being. However, she does not deny reality: She knows it will be difficult, and she might not get the job, but she’s ready to fight for it anyway. This attitude pushes Amy to work harder, make her aspirations known to her bosses, and look for any opportunity to get closer to her goal.

Who do you think gets the job? I’ll give you a hint: I write non-fiction, and I’m not very good at plot twists.

There are still no guarantees. Remember, we’re trying to get out of the expectations game here. But a person who gives themself a chance will almost always win out over one who doesn’t.

When you believe that good things are possible, your mind quickly finds the paths to make them happen.

By the same token, if you tell yourself things won’t work out, you’ll always see the problems and excuses first. Then, you’ll effect the unfortunate results you predicted and prove yourself right.

Both pessimism and optimism can be realistic. That is because your mindset creates your reality.

Which reality would you prefer?

Be a Rational Optimist

I want to zoom out for one last perspective on why optimism is inherently realistic. Like, “all of human history” out.

Optimism is one of my favorite topics to read, and one of my favorite positive thinking books is The Rational Optimist by Matt Ridley. In it, Ridley takes a broad, sweeping look at human history to show that the entire time, things have always gotten better.

There are hard days, hard years even. But on the scale of the last 200,000 years, there’s no mistaking the constant trend of human life improving.

Our world faces problems today that are real, scary, and HUGE. But they are a result of how far we’ve come and how much we’ve achieved so far. And if you look back to any given point in our history, you’ll see that virtually everybody is better off now than they were then. So the only reasonable conclusion is that we’ll also overcome today’s challenges.

Every part of this is true in our own lives, too. Things will keep getting better. So long as we keep believing and working, there’s nothing more realistic than optimism.

4 thoughts on “Realistic Optimism for Skeptics and Grumps”