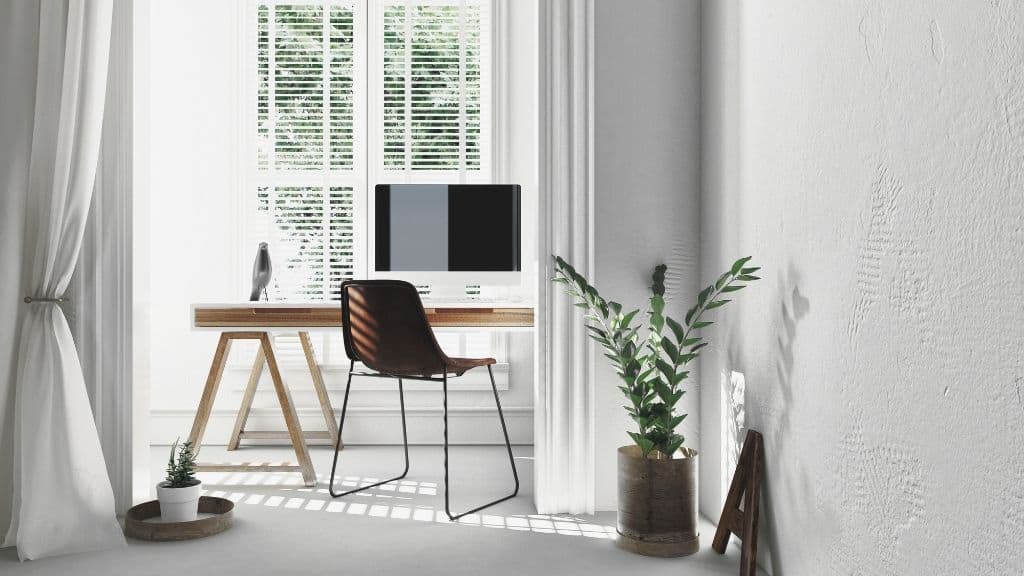 On this blog I dive into what may appear to be a sprawling variety of topics: from saving money to loving yourself, and from building better goals to (for some reason) a bunch of life lessons from Star Wars.

But, as you may have noticed if you’ve been around here awhile, they’re not actually separate ideas at all. Yes, even the Star Wars stuff.

They’re all different angles and applications of the same idea. It’s the idea spelled out in your address bar above, and in the logo at the top of this page: Smarter and Harder. Building a personal world for ourselves that is utterly unburdened by clutter and distractions, and that overflows with everything that brings us joy, fulfillment, and personal achievement.

Today I want to highlight this apparent randomness, and the patterns that weave through it. And I thought we should do it with two topics that appear totally separate on the surface, but in truth are anything but: minimalism and productivity.

Why Minimalism and Productivity?

Usually, we view minimalism as a personal philosophy in which one aspires to own very little and focus on items they love. Productivity on the other hand pulls in a mix of time management, motivational techniques, and anything that helps us work more effectively. So where’s the overlap?

It’s not so much about what these two ideas have in common as what they both are. Minimalism and productivity are two separate forms of what I call working Smarter.

While the goals and techniques of the two may look pretty different, what’s going on under the surface is actually pretty similar. In both cases, the intention is to pare down. In both cases, we work to reduce the “noise” of it all so that we can focus on the essentials which give us the most back.

Or, alternatively, practicing either of these pursuits could likely help you be more frugal. Working Smarter, whatever you apply it to, is still working Smarter.

That’s not to say that they’re all the exact same thing. Of course, if a more peaceful home environment is what you’re after, minimalism is where you want to focus. Or if you find yourself constantly busy and strapped for time, then optimizing your time will give you the results you’re looking for.

Though each one stands unique with its own challenges and solutions, that’s not our main focus today. Instead let’s look at the threads that weave these two idea sets together, and why those are so powerful.

Minimalism and productivity are both lifelong practices. Neither is something one simply learns to do and then “does.” Each takes learning, committing energy, and moving forward from missteps.

But with all the commonality between the two, this means that to practice one is to bolster the other. Engaging in the pursuit of minimalism feeds back to the progress of your productivity journey, and vice versa. Below are just a few of the ways that both minimalism and productivity are able to support one another.

Minimalism and productivity both start out with a shared objective. You may even call it a prerequisite. And that’s clarity. Clarity on what’s most important, and a willingness to separate that from the rest.

A minimalist seeks clarity on their possessions (which they love most and which are in the way). Whereas a productivist should strive for a clear vision on their time and activities (which will help them to move forward and which will not).

Clutter is a word much more often associated with minimalism than productivity. But in a way, it’s the primary antagonist to both. The key to both pursuits is acknowledging that various forms of waste are always with us.

While a minimalist’s clutter may be unworn clothes, old documents, or unused appliances, a productivist’s clutter is more likely to be something like an unnecessary meeting, a chore that doesn’t need to be done yet, or a distracting environment.

In contrast to clutter, focus is something you almost certainly associate more with productivity than with minimalism. But again, we see something that is key to both. This time the hero, instead of the villain.

With productivity, one aims to streamline one’s process and achieve more focused work. Through minimalist decluttering, one can create more room for their most cherished things. Imagine a shelf where you can prominently display your most cherished books, or a week where every outfit you wear is one of your favorites. That is the power of focus.

One of the things I feel the most need to clarify about the Smarter and Harder mindset is the importance of negative space. The intention, on this or any other topic, is never to free up time, space, or money so that we can go back to using it all up on something else. Even if we reinvest some of these resources into a new outlet, there should always be space for space.

Minimalists are known to have plenty of free space in their homes. Likewise, and perhaps more counterintuitively, highly productive people don’t usually run short on free time. Neither that free space nor that free time is a mere placeholder for something yet to come. It is negative space, built to exist on its own merit. Both minimalism and productivity enable us to create this negative space. This brings mental peace, rest, and opportunity for joy unlike anything else.