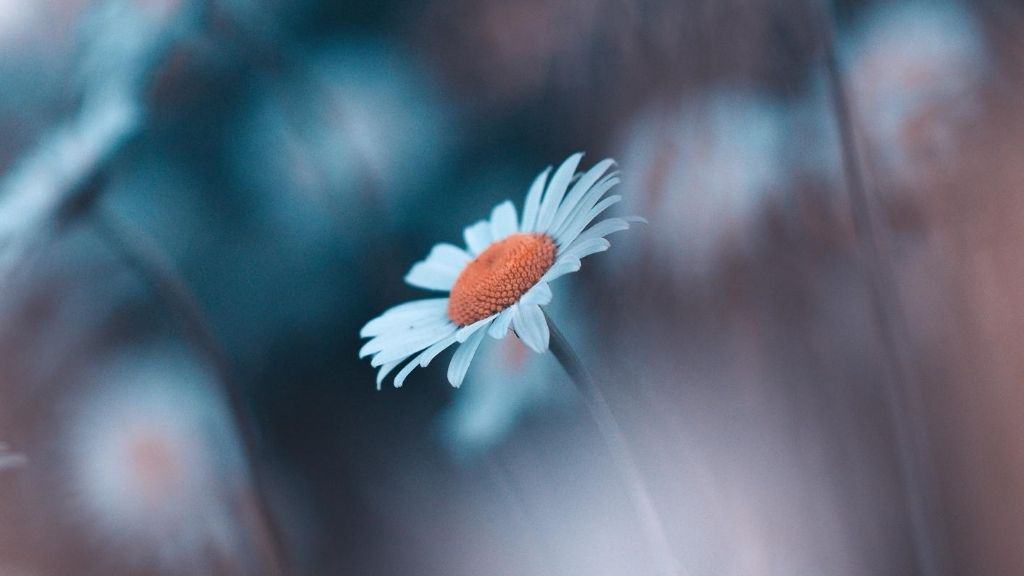 I was robbed once. I think, technically, the term is ‘burglarized.’ It was really my apartment that was burglarized. I wasn’t there at the time. But at any rate, someone broke in while no one was home, and stole thousands of dollars’ worth of my (and my roommates’) stuff.

It was a difficult and humbling experience, particularly after the police basically shrugged their shoulders and left.

Whoever did this, they took my TV, video games and electronics, cash and other things from my room. They even stole my bottle of cologne. Just think of the poor souls who had to learn what I actually smell like…

But here’s the weird thing.

When it came time to bounce back, it turned out I wasn’t actually interested in replacing most of the things I had lost.

Now, was that because I was flat broke and my darling insurance company paid out next to nothing? I mean, a little bit, yeah, but I don’t see why you’d need to bring that up when I’m in the middle of attempting an inspirational story here. Damn, dude.

In reality, adversity gave me a rare opportunity to fully re-evaluate which of the things in my life really mattered to me. And the answer? Almost none of it.

There’s Waste in Everything

Having my apartment robbed sucked, I won’t dance around that. I was a broke college student with no money and little else to my name, and most of that ‘little else’ was taken from me in a single evening.

But where there’s adversity, there’s almost always opportunity to learn, adapt, and grow. And I did learn. Namely, I learned two things:

Second, and more importantly, I learned something about myself. I learned that there were things all around me that weren’t adding anything positive to my life. And not just the physical things in my apartment, either.

Because I simply didn’t have the resources to replace everything that had been stolen, I had to figure out which of those things were essential to me and worth bringing back into my life.

And through that lens, very little made the cut. With the support of family and friends, I was able to replace a few things that really were important to me. But all the rest turned out to be little more than clutter taking up space. I didn’t need, or even want, many of those things back.

This sudden clarity was actually a huge relief. My space felt lighter, freer, and cleaner. And on top of that, I could keep more of my money instead of throwing it all into replacing that stuff.

This was the first time in my life that I experienced thinking like a minimalist.

It didn’t take long before I started to question where else in my life I was weighing myself down with this sort of clutter.

Pretend everything in your life – your possessions, activities, and relationships – exists inside a tote bag. Now if someone flipped that tote bag over and shook everything out, what would you fight to get back?

Likely, the clarity of that difficult situation would highlight for you the small number of elements that radiate with huge significance to you, while most everything else would readily fall by the wayside.

Clutter doesn’t just happen with physical stuff; it’s everywhere. There is so much in life that continues to take up space solely on merit of its always having been there. The scarcity mindset points us all to a life that is too full for a peaceful and successful existence.

I wouldn’t have chosen to get rid of the things that I lost. I would have said that they were all important. But harsh experience made it clear that wasn’t the case. It highlighted that I was surrounded with waste… and by extension, opportunity.

Where there’s waste, there is an opportunity to swap it out for something better:

And keep in mind, that something else doesn’t always have to be something else. Free space/time/money/energy, just for its own sake, is massively underrated.

There’s waste everywhere, and that is actually great news. But I didn’t even notice a lot of my clutter until it had been swiped from under my nose. So, what can we do to better identify waste in our lives?

Looking to the Lean Methodology

Manufacturing might not be the first place you’d think to look for personal development advice. But if everything was in the first place you looked for it, then what would I be doing here? Do you think I’m out here pushing up my glasses and saying, “Well actually…” all the time just for fun?!

WELL ACTUALLY, there’s a lot we can learn from the manufacturing world. Because when we’re talking about clutter or waste, what we’re really dealing with is efficiency.

And to improve efficiency, where better to look than an industry whose primary goal is to produce as much as humanly (and mechanically) possible with as few resources (time, people, materials, money) as possible, all without sacrificing quality?

Manufacturing is the industry of industry itself. Without massive innovations in manufacturing, the world would never have transitioned from the renaissance into the modern era.

So how do they do it?

They use every resource available to them, they create massive input-output asymmetry through constant innovation, and they continually optimize their approach. And recently, much of the industry has done so using a methodology known as lean manufacturing.

In essence, lean is a culture and a mindset in which practitioners constantly seek out waste. They see waste not as an enemy, or as a problem per se. They acknowledge that it is inherent in everything, and as such, everything has opportunity for improvement.

And, what’s cool about this is, you can take lean off the factory floor, and into your own life.

Fighting Waste in the Wild

Fortunately for us, the value of lean principles doesn’t end at the doorstep of the manufacturing floor. For one thing, it has evolved into new forms as more industries realize the considerable value of cutting out waste. Software development and startup culture, for instance.

But forget about all of that, because I only want to talk about you.

It’s easy to see the value of a certain methodology on the massive scale of an established corporation, but lean is no less effective on an individual level. You can think with a lean mindset throughout your own life, and reap the ongoing rewards.

The most basic lean principle is that there is inherent waste in everything, and that waste is always an opportunity for improvement.

You can quickly and easily adopt this way of thinking into your own life by stopping yourself periodically, wherever you may be, and asking, “where is the waste here?” What is going on right now that is wasting your time, money, or space? And would you feel happier or be more successful by exchanging that waste for something else?

As with so many personal growth efforts, it always helps to start by asking yourself critical questions. Soon, you may find that looking for waste starts to feel exciting, or you get a jolt of delight when you identify another clutter point. With this, you reinforce the questioning habit, and strengthen your ability to capitalize on the abundant opportunity of waste.

Whatever you’re looking for more of – be that time, money, space, freedom, or joy – you already have the resources you need. All it takes is to start looking around and questioning more. With that, you’ll be able to cut out waste – more and more effectively with time – and take back more of what you have to attract more of what you really want and need.

You can even treat it like a game. It’s an easter egg hunt; inside every little plastic egg is a little bit more of you – your time, your space, your money, your life.

Waste is everywhere, and that’s okay.

If you treat waste as an opportunity, rather than an obstacle, you’ll be able to capitalize on countless chances to reclaim more of your life and resources for yourself and what you deem most important. Approaching this effort with a lean mindset will help you to build this practice up as a habit, and have fun watching yourself grow through it.

For more specific suggestions on where you can start capitalizing on the opportunity of waste around you, check out 6 Ways to Make More Room in Every Area of Your Life.

* Oh, and by the way, the other thing I learned, from the burglary thing? Mark your stuff. Stolen items are far easier to track down if they have unique characteristics – write your initials, carve in a unique symbol, add stickers, anything that makes that item uniquely yours. Also, track your serial numbers somewhere. This has nothing to do with the article. Just a little protip for ya.

14 thoughts on “The Minimalist’s Secret: Waste is Everywhere”